The Markovian Film Club was one of several ‘member-led’ initiatives which steadily became a regular part of the Drama Club’s programme – with some of it’s most ‘notable’ productions hosted on the website!

With Peter Kett’s support and guidance a good number of films were made during the clubs existence and most of these were in Standard 8 and Super 8 format. Most were also ‘silent’ – but some had sound recorded after the editing on reel to reel tape and then being synchronised to the projector.

The website currently includes ‘Three’s A Crowd’, ‘Hold Up’ and ‘Daylight Robbery’, but there are several others that were made and are still to be traced – including one made ‘in’ the Hollow Pond which is believed to have featured a cast of Wellington Boot shod ‘River Police’ patrolling this inland waterway searching for tadpoles!

If you have information on any other films – or know something about the making of the ‘Hold Up’ and ‘Daylight Robbery’ films, then please get in touch via the Contact Page – it would be good to add some introductory comments to these two films 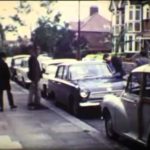 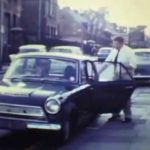 ‘Three’s A Crowd’ was made on location in what was, at that time, the permanent Fun Fair at Battersea Park, London – probably around 1967/8. The soundtrack was added, some several years later, by Dickie Dunn, for his ‘walthamstowhistory.com’ website – followed by a surprise ‘private screening’ for former members at the 2007 Re-Union!