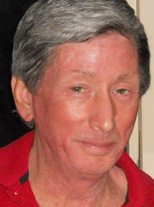 The story of the Clock – Alec’s treasured piece of ‘Malyon memorabilia’ – clearly shows that Mr Malyon had a good deal more hidden expertise than his ‘Light Handicraft’ duties at Markhouse might have revealed – as Alec recounts!

“after the end of World War 2, ‘Dad’ was going round Germany disposing of the ammunition dumps that had been left by the Germany Army. At one, he found a time bomb that had not detonated and discovered that it worked through a clockwork mechanism which had a spindle the same as a clock – except that the ‘hour’ part went around once in three weeks and the ‘minute’ part went around once in twenty four hours.

In this case the pin had snagged within the detonator – so ‘Dad’ had to separate that from the pile of explosive ammunition the detonator was attached to! Once he did that he got a local German clock maker make up a clock case for him.

We had that clock sitting round our house as we grew up. Eventually it stopped working properly.

When I inherited it (I was always fascinated by it), I brought it back to the USA and got a specialist clock maker to clean the mechanism and correct a bent pin that sometimes,  when the clock had possibly been dropped, stopped it working consistently. It now sits in my house here gently ticking away – but fortunately not blowing up –

as proven in the following photographs!!! 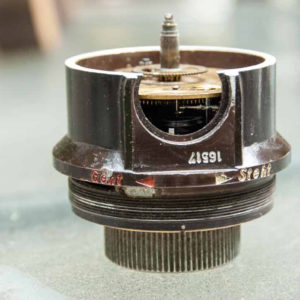 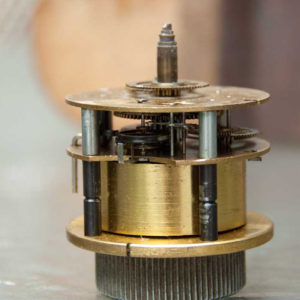 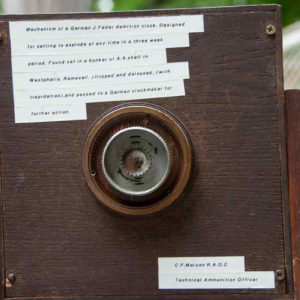 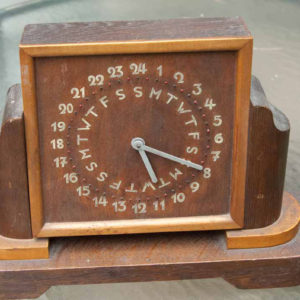