Having committed myself in the last Newsletter to do ‘a bit’ for the Websites Memories Page, and actually lifted my pen towards a piece of paper, I immediately got stuck on what to write – perhaps inevitably with having been reminded of so many good memories over the past few years!

Choosing one of our many hilarious episodes was probably the obvious thing to do. But which one – more about the already well documented ‘Alfred’s The Great’s Explosion’, *Terry’s fantastic show stealing entry and performance in Captain Blood, *Ray and Alec’s ‘very painful’ reactions to being whacked in the ‘Babes in the Woods’ school scene and thereafter chewing (and spluttering out) polystyrene filled sandwiches in the picnic scene. There was also that of boarding a bus on the way to the McEntee school carrying Maxine’s scooter – much to the bewilderment of other passengers; but albeit not surprising, of course, as I was already costumed up (as were some others) as the Murderer in ‘Spot The Lady’

Then there are memories of the plays themselves. ‘Baa Baa Black Sheep’ and ‘On Monday Next’ were great fun to be in; especially the latter where, after manhandling Peter (the Author) he was duly stretchered off by Alan and Bob; who were clearly miscast as two unsympathetically laughing Ambulance Men!*  In contrast, ‘The Wall’ provided a new and different experience.  I recall how we were affected by the subject matter; becoming much more aware of the effects of this situation on the actual people we had portrayed. I would have also liked to have mentioned ‘Three’s A Crowd’ in the context of a ‘cherished memory’, but cannot legitimately do so as the truth is,  that along with a couple of others in the cast, I really did not recall being in it. Neither did I recall that a film of it even existed until dear old Dick showed it at the 2007 Re-Union. So clearly one of my earlier senior moments!

However, I do recall some great ‘behind the scenes’ memories. The hurricane torn Panto expedition to Trueloves School; also, as a ‘trainee’ scene shifter, often holding up bits of dodgy scenery. Similarly, in ‘Alice’, unfortunately jamming the wire that flew a handkerchief across the stage, but eventually rectifying its ‘stationary mid air position’ by pulling it back off the same way it came on. This was obviously a fortuitous change in wind direction – which clearly proved that scene shifters, as well as the cast, were allowed to ‘ad lib’ when seen fit – or for a cheap laugh!

Re-building the stage was an enjoyable and challenging experience. This was largely because Mr ‘M’ just let us get on with both the design and construction; albeit with an occasional and ‘polite’ enquiry about whether it would be finished for the Panto! It was also particularly memorable because of John (Oatham) bringing a whole new meaning to the term and use of ‘Sky Hooks’. I am still at a loss to how he managed to hang the pillars and curtains above the proscenium arch without a ladder, wire, or any apparent means of support to hang onto – only a flat ceiling!

Then again, ‘physics’ and/or abseiling, wasn’t taught at Markhouse in those days – whilst risking life and limb clearly was!

However, at the end of the day, after ‘sneakily’ mentioning all the above episodes, I settled on one particular memory. Whilst ‘Drama Club related’, it is not from any play, nor is it from the club itself, or even when it was in existence . This memory is from 2005 when Peter Lee celebrated his coming of ‘a certain’ age!

Having been ‘secretly found’ by Peter’s children and duly invited, I assumed that a number of other former friends were likely to be there;  but not who, nor what it would be like meeting again so many years on. I did, of course, know how much I was looking forward to ‘finding out’

What I had not anticipated was how I would feel the moment Iris, Norma and I walked into the venue and were immediately surrounded by ‘old friends’. It was an experience that left me feeling completely overwhelmed; it felt like no time at all had passed – the same sense of friendship and fun was still there and it was almost as if we were just picking up on whatever we had all been doing together the previous week!

On reflection I should not have been at all surprised at my reaction, as I have been continually saying to almost all of the people with whom I have worked over the past 45 years or so, that the friendships formed in our youth are almost cast in stone! I really don’t think they ever disappear, or are easily forgotten – even when there is such a gap between actually meeting each other – they are there within you – just waiting to be triggered!

I am sure that there is something quite unique in the relationships that evolve between young people as a result of growing up together at what is the most formative time of our lives!

So, for me – plenty of recall about the numerous ‘fun things’ that happened over those years. But, at the end of the day, it’s having been within a group of great friends, of enjoying and learning from our time together, that has given me the best and most important memories of that time 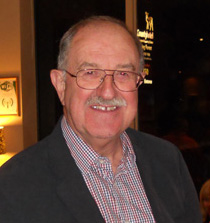 PS: Of course, having been able to renew more MDC friendships through a couple of other ‘coming of age’ events, and the advent of the CMMF & Re-Unions, has been the icing on the cake.

These feelings have gone very nicely with having also ‘replayed’ all our ‘tried, tested and ad-libed’ Panto antics with the young people that I subsequently went on to work with.

I can’t think why, but they also seemed to enjoy the experience!