The staging of ‘Baa Baa Black Sheep’ and what turned out to be the start of a ‘new future’, so soon after the post Christmas sense of ‘doom’ with the intended closure of the school, must have come as a great relief to everyone who was involved at that time – and indeed for all those who were to follow – especially as what actually happened was the expansion of the Drama Club!

‘Baa Baa Black Sheep’ was written by P.G.Wodehouse and Ian Hay – based on an original short story by the latter of the co – authors – was a really great play with which to re-kindle our enthusiasm and efforts for the future. It was first produced at The New Theatre, St Martins Lane, London, in 1929 and was described as ‘an hilarious’ comedy. Given this date, it may well have been a fore-runner to the genre of ‘situation’ comedies staged by Brian Rix at The Whitehall Theatre in London – which became so popular with theatre goers and television viewers in later years?

The action of the play begins in the Dressing Room of Chickie Buff late one night and then moves to a small parish vicarage in Tuckleford with, as far as can be recalled, a visitor being mistaken for the vicar – who, thereafter, decides to go along with the subtefuge and getting into all sorts of difficulty and compromising situations – but somehow, eventually, extracating himself out of it!

The production at Markhouse took place in 1966  with the cast including Gordon Aylott (as a local worthy), Ray Aylott & Pamela Neville as ‘new parents’, Sue Riches, Irene Long, Norma Pepperell (as Mrs Pottle) Jill Cooper (as a troublesome youngster), Dave Morgan (as the unfrocked vicar) and Valerie Poore (his accomplice), Iris Suffolk, Alan Sandiford, Alec Malyon, Barry Elliot and John Cade (as the local constabulary) and Peter Boulton – as the ‘proper’ vicar!

This was a really enjoyable production to take part in and is recalled (in certain quarters) for two two very specific reasons. Firstly, the production was the first one to reviewed by NODA (The National Operatic & Drama Associated ) who wrote, in their subsequent NODA London Bulletin:

‘ the next visit was to the newly affiliated Marsh Street Drama Club, and what a tremendously enthusiastic young company they turned out to be. They produced ‘Baa Baa Black Sheep’ with great credit and are surely destined for even better things as they grow in stage experience. This future prospect is one of the most encouraging signs in this region’

The second reason relates to the actual stage set – but not just because of how well it portrayed the time and ‘ambiance’ of the period and setting, but also because of the source and authenticity of the featured staircase. As rumour has it, this was ‘acquired’ from a certain house in a certain road quite near to the theatre – which had been vacated about a week before by a ‘certain’ Drama Club member’s family as part of the Council’s regeneration of the housing in that road!

It is hoped that more detail of this episode will be revealed by that ‘certain’ member in the ‘Memories section’ of the website! 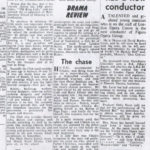 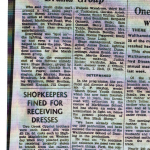 ‘This Play was a Winner’ – Walthamstow Independent Report 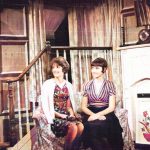 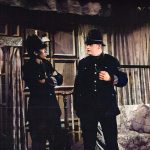 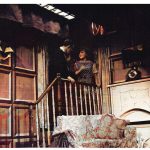 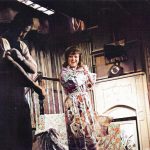 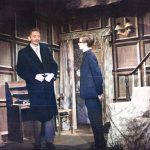 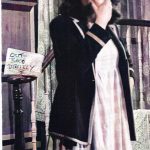 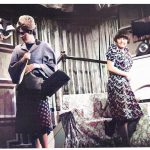 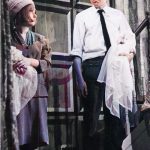 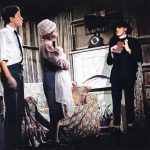 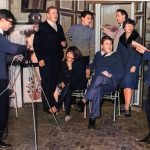 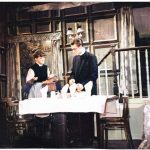 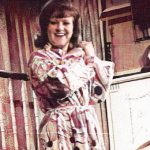 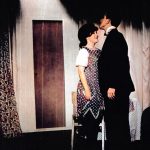 “Marsh Street Drama Club has now flourished for 10 years. Threatened with extinction with the closure of Mark House School, where its shows have taken place, it has shown an extra determination to fight on, hence the production last week of Ian Hay and P G Wodehouse’s farce – ‘Baa Baa Black Sheep’

Hence also the fact that it has already chosen the 1966 Pantomime ‘Old King Cole’ and has enlisted the co-operation of the Walthamstow School of Dancing in its production.

To continue in existence the club needs two important things. Firstly the continued support of an audience. With the closure of the school the productions must now be private and thus cannot be advertised. It is therefore forming a ‘Supporters Club. For 2/s a year members will receive three newsletters, keeping affiliated parties abreast of its activities, notification will be given of all productions with a booking form, and an invitation to join in the various social functions. Surely the cheapest club of its type in being.

Secondly, the club needs recruits. If your age is between 14 and 25, if you are really keenon any aspect of Drama, if you have any free evenings which you wish ti fill with interest, if you like light hearted company – then join up!

Actors, backstage workers, scenery designers, make-up artists, costume designers and makers, electricians, musicians and singers – all are needed. Lack of experience is no bar, the company will soon provide that, and there are immediate vacancies for the pantomime – particularly for singers and dancers.

The Club also includes theatre visits, dances and outings and intends to extend its field to include film making (Marsh Street Youth Centre already has the cine camera and projector awaiting this group) in the new session which commences in September.

The Markhouse School closes, but Marsh Street Drama Club goes on, in the school.

‘Baa Baa Black Sheep’ is a good old time farce from the 1920’s, abounding in the gags of the period, and is a happy mixture of the town types and country types of the time brought under one roof ‘Tuckleford Vicarage, nicely presented by James Braid

Opening in the Dressing Room of Chickie Buff, a musical comedy actress, spiritedly played by Valerie Poore, Hugo Bonsor (David Morgan) rehearses a proposal of marriage which he intends making to a lady named Oenone, when he is surprised by Osbert Bassington-Bassington, Chickie’s fiancé. This pompous worthy, played by Alec Malyon, misinterprets the scene and rushes distraught from the Dressing Room. Whereupon Chickie and Hugo cheer themselves up and go off to spend the evening at a night club, which is raided, thanks to the puritanical Earl of Tuckleford, a little bit of character work from Gordon Aylott. This noble spirited man is the father of Hugo’s adored Oenone, pleasantly taken by Susan Riches.

Hugo, accompanied by Chickie, and flying from the law on a motorbike, arrives in a dishevelled condition at Tuckleford Vicarage and finds the Vicar (Peter Boulton) out. In true farce tradition he borrows the vicar’s clerical garments. He is then visited by the Police (John Cade and Barry Elliott) who fail to recognise him; the local Undertaker and his wife (Ray Aylott and Pamela Neville) with twins to christen; Osbert, whose arrival necessitates Chickie disguising herself as the Bishop of Pago Pago and finally the vicar himself; who mistakes hi for the new curate.

In a quiet moment amid this upheaval Hugo and Chickie try to escape, are captured by the police and hauled up on trial before the stern and moral Earl, who is the local magistrate.

It is only then that Chickie recognises in the stern old gentleman, the saucy rip who, attired as Father Christmas, canoodled with her on the stairs at the night club and walked off with her diamond cigarette lighter.

The play was produced and directed by Cyril Malyon”