As part of the NODA (National Operatic & Dramatic Association) National Annual Awards Programme the MDC received the Constance Power Trophy for 1968, for the youth drama group ‘most worthy of encouragement’. The featured image is the NODA Badge 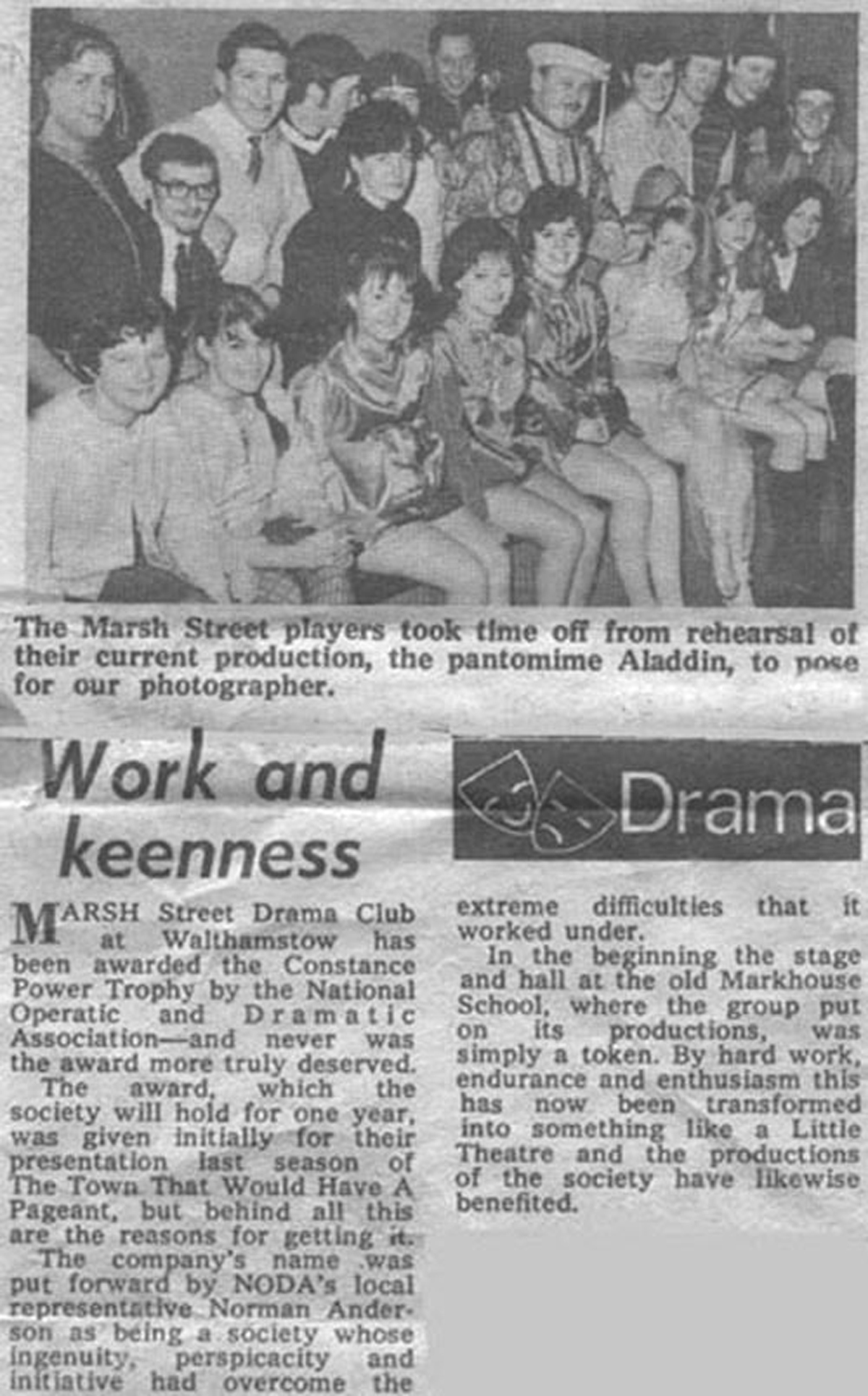 “Marsh Street Drama Club at Walthamstow has been awarded the Constance Power Trophy by the National Operatic & Dramatic Association – and never more was the award so truly deserved.

The award, which the society will hold for one yerar, was given initially for their presentation last season of ‘The Town that Would Have a Pageant’, but behind all this are the reasons for getting it. The company’s name was put forward by NODA’s local representative Norman Anderson as being a society whose ingenuity, perspicacity and initiative had overcome the extreme difficulties that it worked under.

In the beginning the stage and hall at the old Markhouse School, where the group put on their productions, was simply a token. By hard work, endurance and enthusiasm this has now been transformed into something like a Little Theatre and the productions of the society have likewise benefitted”

The Newspaper Report of ‘Aladdin’ originally appeared in the website of Dickie Dunn – walthamstowhistory.com