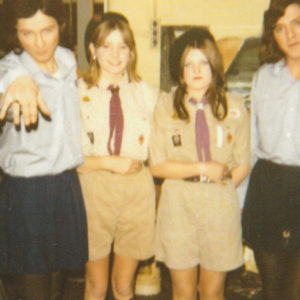 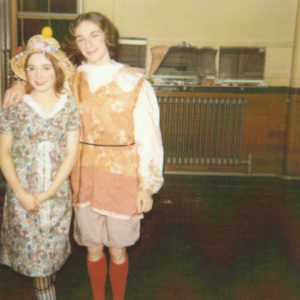 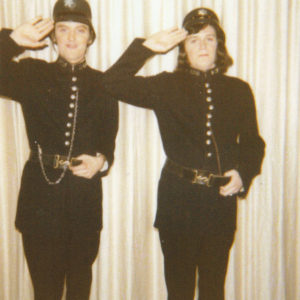 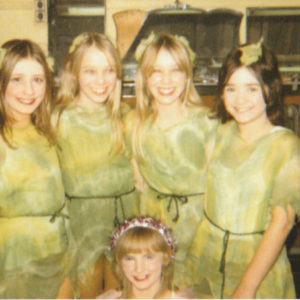 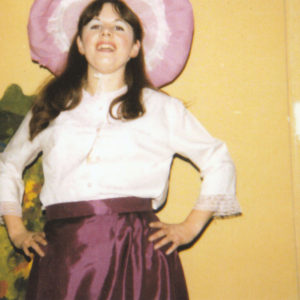 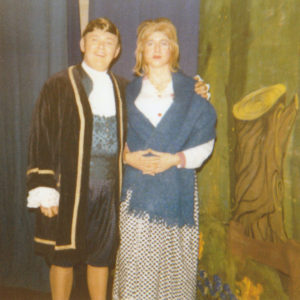 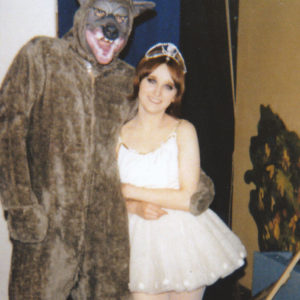 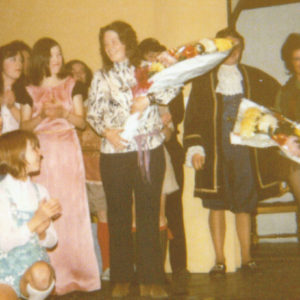 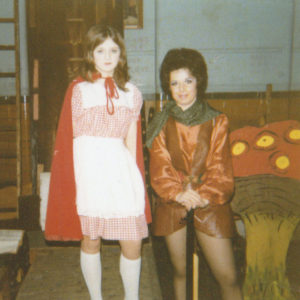 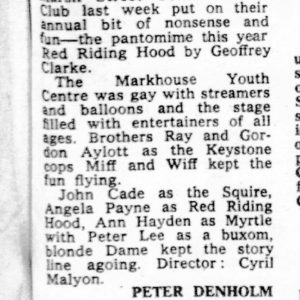 ‘Red Riding Hood’ was well up to the usual standard and was gilded with the appearance of the attractive Carol Davidson as Robin Goodfellow. Carol, from the College Operatic Society, was assisting an, although appearing conscious of the restrictions on normal movements, sang and performed quite delightfully. The fun was well up to standard and perhaps even better than usual, with two splendid comedy teams. Bob Jackson and John payne as Claude and Clarence and Ray and Gordon Aylott as Miff and Wiff. Peter Lee’s Dame Trott was quite hilarious.

The singing, as expected was greatly improved and the dancing items by the Pixies were charming. I never ceased to be amazed at the scenery, costumes and effects produced on this minute stage and this show was a perfect example of industry and teamwork.

We had a nice contribution from Lesley Morris (Blossom), Jill Hayden (Petunia) and Anne Hayden (Myrtle) with a charming Fairy from Susan Parker and I lilked June Allitt’s Sarah ann – a nice hint of comedy here. Peter Boulton always reliable, was a very good Muddles, while John Cade’s Squire was another sound performance – and there were a number of other good supporting performances.

Richard Dunn provided and played the Organ and has become very adept at musical direction by his lead.