The script of ‘Saloon Bar’ shows that this ‘Play in 3 Acts’ was first produced at Wyndham’s Theatre, London. The play is set in the Saloon bar of ‘the Cap & Bells’ Public House in the triangle bounded by Shaftesbury Avenue, Charing Cross Road and Oxford Street.

The script lists the actual cast from the Wyndham Theatre production and shows that character of ‘Wicker’ was played Mervyn Johns – who, as far as recollection permits, featured in a good number of the Ealing Studio film comedies and ‘patriotic’ war films of the time – often shown at ‘Saturday Morning Pictures’ at the Granada, Dominion and Carlton cinemas – a real ‘character actor’ who always seemed to have a teapot in his hand! 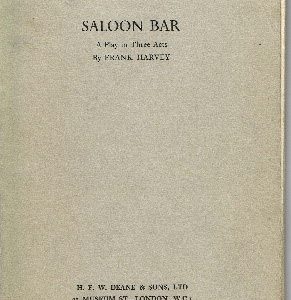 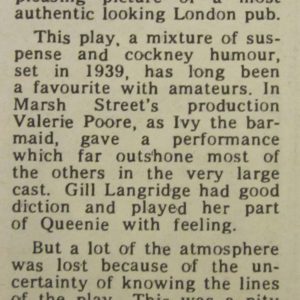 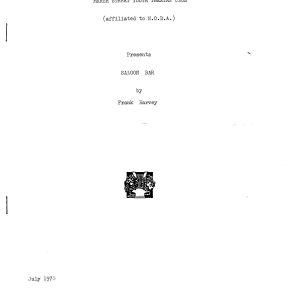 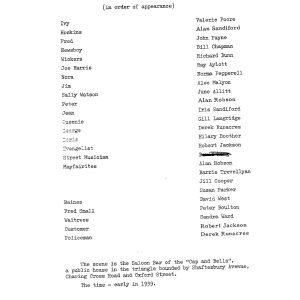 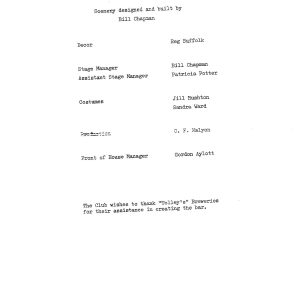 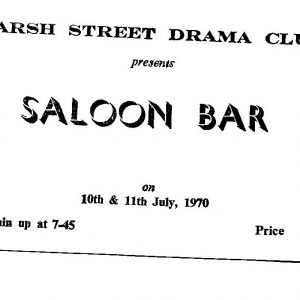 * Guest Appearance – by Derek Runnaces – who was the Deputy Warden to Les Martin, Warden of the Marsh Street Youth Centre