The action of this play takes place in the living room of the Scudamore’s house – 66 Pinetops Avenue, North London.

The play was produced at the St Martin’s Theatre, London in July 1960 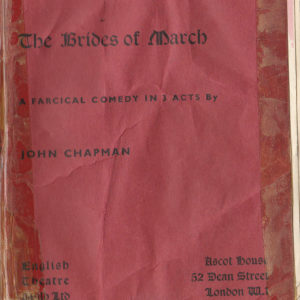