T.C. Thomas’s One Act ‘situation comedy’ – They Simply Fade Away’, is set in the interior of the Signal Box at Penrhlw, a lonely railway station on the Beacons – where, according to the script notes, the characters are ‘all too matter-of-fact to be over sentimental about the loss of their railway’. 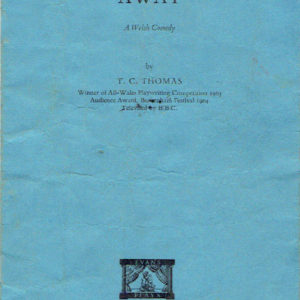 They Simply Fade Away. Script – Shown by Kind Permission of Samuel French Limited