According to the programme these three One Act Plays were performed by what was then titled as the Drama Club’s ‘Intermediate Group’ – which is thought to be those members around the 12 – 14 years age range. The programme also tells us that this was the group’s first ‘complete’ presentation – but with more to follow! 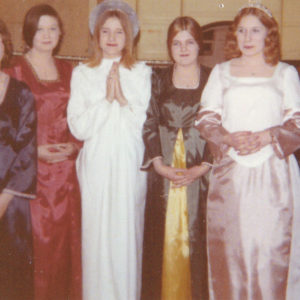 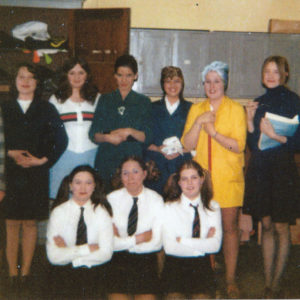 The first of the plays was ‘Four Queens Wait For Henry’ by L du Garde Peach – with the action set in the year 1547.

‘Four Queens’ was followed by ‘Her Husband’s Harem’ by Sam Bates – set in an ante room in the Harem Quarters of a Palace in Bagdad.

The final play of the evening was ‘Speeches and Cream’ by Richard Tydeman with the action taking place in the Assembly Hall of St Nancy’s School for Girls.