The following three still photographs are taken from the ‘Markovian Films’ production of ‘Three’s A Crowd’ that was filmed at the former Battersea Park Fun Fair in London – just a few years before it was destroyed by fire and closed down.

The full version of the film, with a background sound track added by Dickie Dunn some years later, can be seen, along with two other films, on the ‘Markovian Films’ page on this website 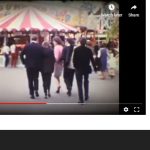 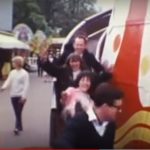 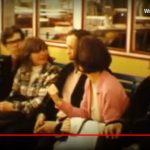 Having spent their cash, the lads are about to get the heave ho!!!!