A group of young people from a number of clubs and schools in the Colchester area were recruited by The Footprints Theatre Company for this first Performing Arts Activity Project funded by the CMMF – a project that would involve them in completely devising and performing a short play based in, and about the history of, the ‘disused’ St Martin’s Church in the centre of the town.

As well as enabling the young people to devise the content, ‘Unihabited’ also gave them the experience of a wide range of other performing arts skills including dance, music and song – all covered over a five day period during the School Holidays.

The resulting play was presented at the end of the week in the form of a group of tourists being escorted by their ‘Tour Guide’ around the different parts of the church where key events in its history were performed – with the audience of parents and friends, without forewarning, being ‘invited’ to play the parts of the actual tourists!

This proved to be an interesting and very creative project in a unique and ideal setting for developing the performing arts with young people. Unlike most of the subsequent CMMF projects, ‘Uninhabited’ brought together a number of young people who were mostly unknown to each other; therefore presenting both different challenges and opportunities for the staff of the Footprints Theatre Company – which they managed extremely well – with very positive responses being received from all those involved. The young people involved in ‘Unihabited’ gave the CMMF an ideal start to the series of projects that were to be funded over the subsequent two years

‘Uninhabited’ was ‘sponsored’ through Val Trevellyan (Nee Poore) and directed by her cousin, Paula Baker, of the Footprints Theatre Company based in Colchester, Essex 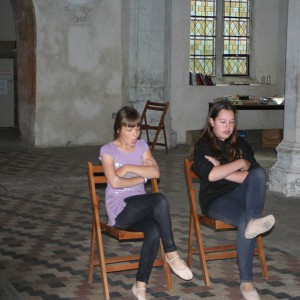 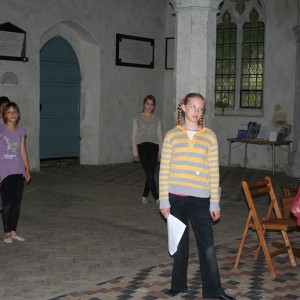 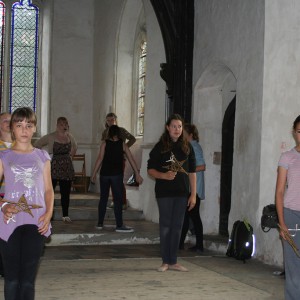 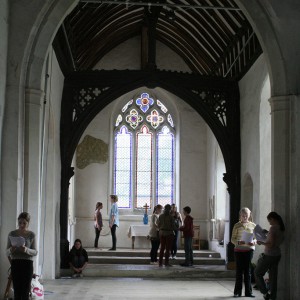 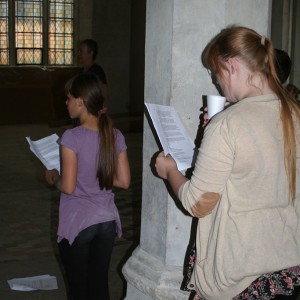 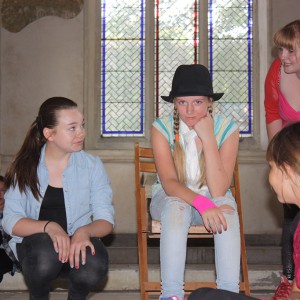 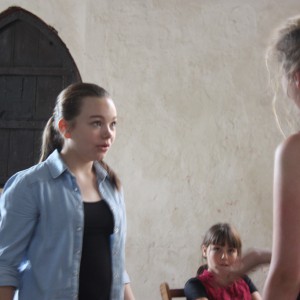 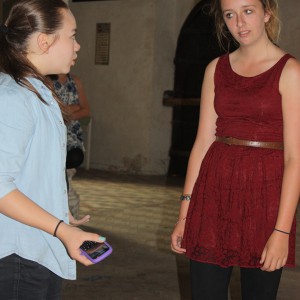 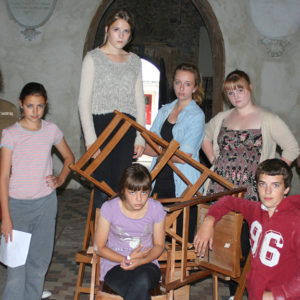 The photographs of ‘Unihabited’ are copyright to the CMMF and are shown with the agreement of the Footprints Theatre Company.