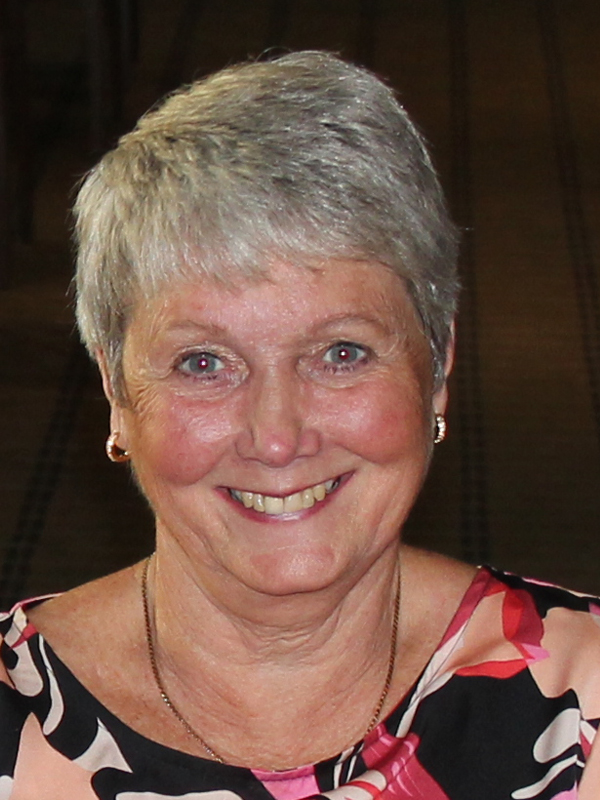 We were all sorry to receive the sad and very untimely news of the loss of Jane Clarke in June of this year; along with the thoughts sent by her family of how much she will be missed by them  and her many friends

Jane was among the first group of ‘non ex Markhouse pupils’ to join the Drama Club after the school closed in 1966; having been coaxed and encouraged into membership by Mr Malyon – which he saw, no doubt, as one of his first ‘duties’ and opportunities after being redeployed to the nearby Beaconsfield School where Jane was a pupil.

A number of Jane’s class mates and friends at Beaconsfield, including Angela and Lesley, were recruited in this way; with Lesley recalling that:

‘’Mr Malyon, who was our English/Drama teacher, basically asked us in one of his lessons if we would like to join a local Drama Club and we decided to just go along to see what it was all about – and as history shows – we just loved it. And that’s how it all started. We all have such fond memories of working on Plays and especially the pantomimes which were Jane’s favourite with all the fun and laughter they involved”

Lesley has also told us a little of Jane’s life after leaving Beaconsfield and how she first worked near St Paul’s in London and thereafter for a company that travelled round schools to perform plays and pantomimes.

‘Jane really loved this role where she would audition people to perform in the various schools and she continued there for a number of years; initially fulltime and then in a part time capacity until she became unwell in 2019.

She was such a lovely soul and always fun to be around. Her humour was ‘just Jane’ and everyone and everything came alive in her presence as she could light up any room with her quirky humour and joyful smiles – along with Angela we had always kept in touch as we lived near one another and we would always end up laughing about something’.

On looking back through the Drama Club’s productions, the earliest one in which Jane is noted is Little Miss Muffet in 1969 but, as the website shows, many more followed over the ensuingyears and continued right up to the eventual closure in 1977 – so clearly Jane was very much a committed, long term and, of course, much valued and liked member

Unfortunately, some of us members who were in our final years at the Drama Club when Jane first joined, only saw an early and brief amount of her involvement and

were not there to enjoy seeing her as she progressed into more substantial parts; nor as Lesley indicates above, what must have been the very easy ‘entry’ that her sense of humour and fun enabled her to make into the ‘burlesque’ traditions of the Markhouse Panto’s.

However, some of us were, more fortunately, able to see a belated sample of this when, along with Lesley and Angela, Jane gave us a fitting and very funny farewell ‘song’ at the last Drama Club Re-union!  What a great pity no one was quick enough to get a phone out and film it – but that very ‘Markhouse’ style moment is cherished!

This photograph shows Jane in the part of’Jack in the Drama Club’s final production in 1977, of the pantomime ‘Mother Goose’ – for which John Payne’s programme notes show something of her sense of fun by stating in his cast pen portraits that ‘Jane is twenty and single  – she asked me to write that‘  ; also of her versatility in that ‘she enjoys dancing, driving and cooking in her spare time – and plays football for her office team‘ –  so clearly, in the latter respect, helping to pave the way for all that has followed in  widening the scope of our ‘national sport’