‘An Art Teacher of the finest quality’

John Jones sadly died, at the remarkable age of 102, in November 2021 and was buried at his local church of St Peter’s in the village of Clare, Suffolk, where he and his wife Elsje had lived in recent years.

After leaving the Royal Air Force, John trained as an art teacher at the South West Essex College of Arts and then began his new career at Markhouse in 1950; just a couple of years after the leaving age had been raised and the redevelopment of the school from ‘Elementary’ to ‘Co-educational’ had just begun under the Headship of George Easton.

Les Smith, the Headmaster from 1956 onwards, described him as an Art Teacher of the finest quality; also that the enthusiasm he engendered amongst many pupils led to him starting an After School Art Club

John, along with his close colleague and friend Cyril Malyon, were therefore at the forefront in this exciting development of After School activities and it was no  surprise that he similarly enjoyed ongoing contact with many former pupils in their post school years. As Les Smith subsequently stated; ‘this was very much the proof of the results of good teaching reaping the rewards of student loyalty’

Les Smith also recounted that John’s work met with many successes during the ensuing years and, alongside the Woodwork and Metalwork Departments, Markhouse won many awards – including, in partnership with the Marsh Street Youth Centre, being the ‘outright winners’ of the Walthamstow Rotary Club’s inaugral Youth Arts & Crafts Festival – held in the  impressive Foyer of the Granada Cinema. The Guardian Report of this event, including a photograph of John, can now be seen in the ‘Guardian & Independent Newspaper’ section of the website’s ‘Markhouse’ page.

We also know from former Drama Club members and Markhouse pupils that many were thankful for John’s personal support and encouragement – and particularly so when they had experienced difficulties and pressures in other areas of their school or personal life. John had willingly been there for them when they needed a sympathetic ear and support – as well being  also ready to ‘challenge’ them when it was required.

Some of John’s contact with his former pupils was life long and this is perhaps no better demonstrated than in Dick Dunn’s former ‘walthamstowmemories’ website where he posted that:

‘it is with great pleasure to  announce that John Jones, the much loved art teacher at Markhouse, was married on 4th March 2010 (aged 91) to Elsje (aged 77) in the village of Clare in Suffolk’

Many former MDC members and Markhouse pupils will echo Dick’s sentiments and count themselves fortunate to have known and be taught by such a kind, thoughtful and dedicated teacher!

John Jones – My colleague and friend

A Tribute by Derek Steward. 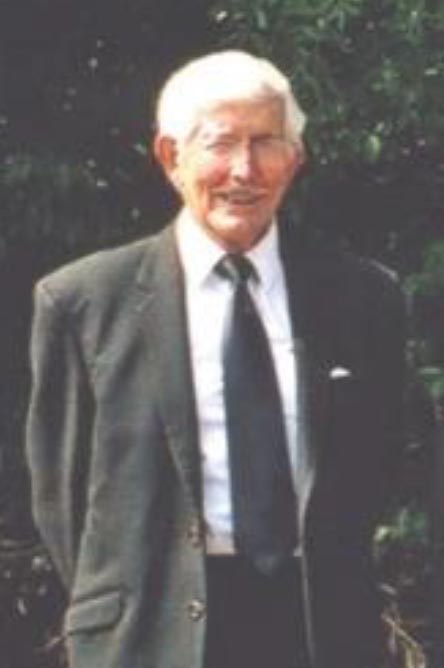 John was born in South Woodford on 24th February 1919 and educated at Wanstead County High School. He left school with no particular career path in mind and worked briefly in clerical and library posts. He was, in his late teens a convinced pacifist and when war came in 1939 had to endure harsh interrogation to determine the sincerity of his views. At the same time he had fallen in love with Ray who, that year, became his wife until her sudden death in 2001.

As the war progressed he began to question his own pacifism in the light of obvious atrocities by the German forces. What tipped him in the end was the death of his brother-in-law, a rear-gunner in a Lancaster bomber, shot down over Germany.

He immediately joined the RAF and served the rest of the war as a Radio Fitter in India, Singapore and Malaysia. He was demobbed in 1946 and signed-on at the SW Essex Technical College and School of Art to take the emergency training course as a teacher. Teachers were in incredibly short supply in the immediate post-war period and ex-servicemen with all their experience proved a rich vein of supply. The School of Art was highly respected as one of the top five schools of painting in the UK at that time and John often said it was where he found his true vocation.

Having qualified as an Art teacher his first post was at Mark House School in Walthamstow where he was to spend fifteen increasingly happy years. It greatly helped the confidence of the students that he really believed that everyone had some natural ability in his subject and his attitude was to encourage, never to put children down. It is a testament to his encouragement that several students went on to become nationally recognised as artists and designers and many more to gain considerable success at ‘A’ and ‘O’ levels. But he wasn’t just about exams. He was a cricket teacher and his teams enjoyed great success. He ran a music club to encourage students to listen to quality music of whatever kind, classical, jazz and folk. He took parties of children all over Europe and encouraged in them a lifelong love of travel. He also founded the Lea Valley Art Club 6-9p.m. on Tuesday nights catering really for anyone who wanted to turn-up.  When he left in 1965 he asked me to run it for the last year of the school’s existence and although I was no artist, I did so with the support of two A level students, Vic Gibson and Gareth Richardson. Membership was open to anyone and I had an eight years old girl and a sixty five years old grandmother in the group! Brilliant.

In 1965, when news of the closure of the school by August 1966 came through, he went off to take an advanced diploma in art and then taught in Sidmouth from 1966-1969. His last appointment was in Romford where he served until his retirement in 1984. He was never happy in the more formal discipline demanded by the Head. He once told me that he had been severely carpeted with the words “Look here Jones, we can’t have children in your room at all hours, lunchtimes and long after the school should have been cleared, and some doing Art when they should be in other lessons.”

He retired in 1984 and continued a happy life with Ray with whom he had two lovely daughters, Maggie and Anne. He supplemented his pension by painting new pub signs for houses in Essex and Suffolk. Sadly, Ray died suddenly in 2001 and for some years John led a bachelor existence which didn’t suit him at all. In 2009 he met an old colleague, a food technology teacher Elsje and they married in the following year. She was to prove an absolute mainstay in the years they were together and he continued his interests of art and music. Although physically frail at the end, mentally he was as sharp as a diamond and the last time we had lunch together he was railing against the government.

John Jones will be remembered as a great teacher, somebody who really loved the children and wanted all of them to be successful. Many children from not so calm and tranquil backgrounds would have found peace and constructive relaxation in his lessons. Many children who might not have had the opportunity elsewhere found personal success because of his support.

It has been a great privilege for me to have been a friend and had his advice at some difficult times. I shall forever remember his quiet chuckle at some remembered episode of the Goons or, perhaps just that he was feeling good about life.

On a very personal note I am hugely grateful for John starting the after school music club that Derek Steward has referred to in his own very warm tribute. This is where John introduced us to different composers and their varying styles of classical music to help us enjoy and widen our interest in the performing arts. Much of what he presented came from his regular visits to the Central Library in the High Street which also loaned out records. These were mainly classical, but he also brought along some jazz and spoken word from time to time

This encouraged many pupils to also use this facility and most will recall that your chosen record had to be checked against a circular card in the sleeve. This noted existing scratches – of which there were often many!  If you saw an unmarked scratch the librarian had to draw it in as you signed it out – so that you wouldn’t get blamed/charged when it was re-inspected on return.

One of the very earliest, if not the first, piece that he introduced was Ravel’s Bolero. I recall all of us being mesmerised and I still play it with as much enjoyment now as at that first time. On the occasions I have seen it played live, I recall everything John drew our attention to; the gradual introduction of different instruments, the increasing pace and volume and the haunting repeat of the melody – and, perhaps most of all, the enjoyment that can be seen on the faces of the orchestra – captivated by what they are producing together.

John always commented on this as an example of what can be produced when people work together – as a team!

This was, of course, clearly the teacher in John!  DM