Many current MDC members will remember Sid and, in particular, Cleve, Keith and John O all have cherished memories of closely sharing their school days and friendship with him; also of many particular events – such as when they all joined John Jones Art Club and ended up creating the epic mural of the battle of The Alamo!

As a group of friends their particular interests were very much in the direction of lighting, sound, music and, of course, the eventual development of CEL – Cathode Elysium Lights. This duly became a very successful and well known venture that originated from their makeshift headquarters, lab and test site at Markhouse! The latter more accurately known as the school’s former upstairs Stock Room – opposite the Costume Room!

Whilst Sid was very much a ‘back stager’ at the Drama Club, the other members at that time may well recall what is believed to be his one and only front of house appearance. This was as ‘Pirate Sliddy’ in the epic Captain Blood Pantomime; with the author’s making sure that every one of his lines, actions and facial expressions suited his wonderful sense of humour and his never fading smile 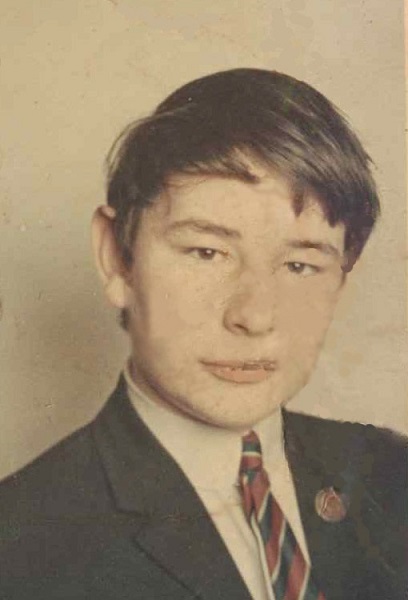 Our very recent and much belated, but welcomed, contact with his sister Pat has, of course, helped to fill in much more about his post school years and what he achieved. It seems that after leaving Markhouse Sid tried a variety of jobs; ranging from being a builder to a silk screen printer to a sound engineer – with the latter eventually taking him into what was always his passion and ambition – the world of music!

Sid clearly fulfilled this ambition and, having learnt to play the guitar, he not only started a number of his own bands, but also joined many on tour both in Australia and the States; including one with Joe Brown and The Brothers!

Sid was married and had two daughters and moved to live in Bedford around 1980. It was in his new home town that he went on open ‘Union Street Music’ – a Record Store which became one of the biggest in the UK.  He also ran a successful PA Rental business and, in the longer term, a second Music Shop.   He was also the co-founder of ‘Destination Venue’ in Bedford and subsequently ‘ESQUIRE’S, which is a music venue/club that still thrives today.

Sid’s musical legacy, and his friendship with so many people and fellow local musicians lives on and so much so that a Trust Fund was established in his name. His former friends also run an Annual Tribute Concert that encourages and showcases younger bands; which was clearly something close to his particular interests.

Sid’s was aged just 51 at the time of his loss in September 2002 with his funeral attended by some 300 relatives and friends; including those from the Drama Club who had been close to him in their teenage years and beyond

It is good to know how much Sid achieved and, in particular, how well liked and respected he had become. One of his friends was quoted in a local newspaper – stating that he was ‘a top man who is still sadly missed’

Given Sid’s great sense of humour one might well think that he would have been greatly amused to know, as one of the

photographs in the Gallery below shows, that his name was carved in a park bench – officially!  Sid is, of course, still thought of and missed by those so close to him in the Drama Club and perhaps our own belated tribute is best ended by them. As Cleve says:

‘He was always smiling – his happy grin perpetual. In later life he began to look much like Charles Bronson – the actor – or so I thought’

John O has often recalled Sid’s ‘habit’ of ‘sleeping’ in a telephone kiosk at Liverpool Street Station (in a propped up position alongside his projector) when on route home from CEL gigs when the last train to St James Street had gone – thus succumbing to eventual tiredness, whilst also protecting this cumbersome, but essential,  piece equipment they had to physically carry with them in their early days! 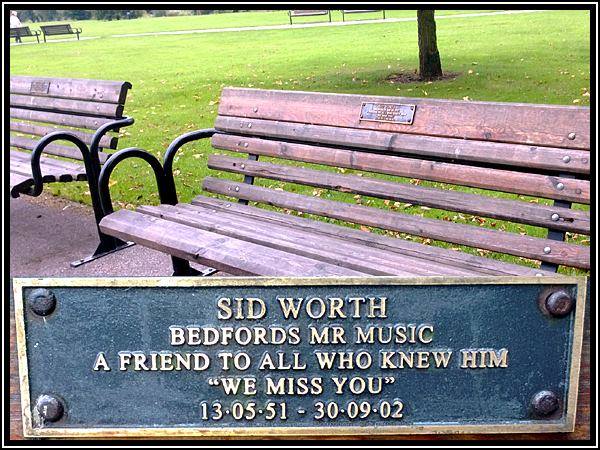 Perhaps it would be fitting if Sid’s Bench were complemented by the Kiosk having a marker of ‘Sid Slept Here’ – providing, of course, that the kiosk is still there!