If you have a cherished memory from your MDC days – be it about your friends, a play, how it affected your later life or a humorous mishap or ‘prank’ – like some of those already included below, then please just email it through via the Website Contacts Page – but be ‘warned’ – all submissions will be vetted! 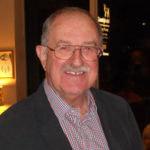 Having ‘publically’ committed myself to do a bit for the ‘Memories Page’ – and actually lifted a pen towards the paper, I immediately got stuck on what to write – perhaps inevitably with so many good memories having come to mind over the past few years!

Choosing one of our many hilarious episodes was probably the obvious thing to do – but which one ………. 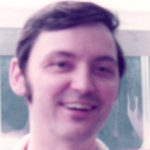 ‘There is nothing like a Dame’ was written in 1970 by Gordon Aylott, who was a long standing, very accomplished and loyal member of the Drama Club. Amongst his many attributes Gordon had a very clever sense of humour – as is well shown from his ‘programme notes’ for the 1970 production of Dick Whittington […]

This brief film showing John, Gordon and Ray and their ‘other hobby’ at the Walthamstow Sea Cadet Unit, is taken from the ‘DVD Birthday Present’ that John’s family had made from his ‘Home Movies’ – obviously yet another hobby!

The film also features MDC member Dave King (but a ‘Non Sea Cadet’) in the background of the sequence filmed at the Marsh Street Youth Centre. 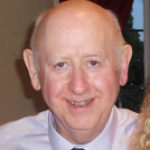 The website’s link to this ‘YouTube’ film shows Dick playing two brief extracts from the concert he gave at the South Chingford Congregational Church in 2013 – along with the 2nd Movement of Beethoven’s Moonlight Sonata – his favourite piece! This film has been made from the DVD of ‘An Evening with Richard Dunn’ with […] 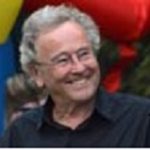 John’s thoughts about the new website included some interesting snippets of information about his time at the Drama Club – all well worth being recorded in the ‘memories’ pages! One was of how he originally got involved when his sister Pat, already an established member, invited (or persuaded?) him to take one of the vacant […] 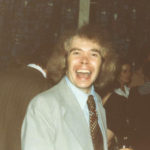 ‘The Birthday Cake Song’ is perhaps the most easily recalled song of the many that were written by Barry Elliott during his time at the Drama Club – this being one of several that he wrote for the 1967 Pantomime of Captain Blood – the Scurge of Markhouse Road Canal! The script doesn’t include the […]

There seems to be something of ‘a variation on a theme’ in relation to what exactly happened in the ”Alfred The Great’ scene of ‘1066 and All That’; although the continuing speculation about the cause and responsibility for the ‘explosion’ is, at least, balanced out with some facts about why an explosion was required, the composition of the device and the subsequent results!

Read the full account – plus the latest addition to the saga from King Alfred himself! 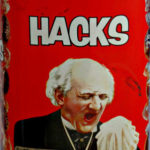 It is not certain whether Cyril suffered from a large number of sore throats and colds, but it does seem from his apparent hobby of collecting these distinctive and well loved tin containers that he had a taste for those rather warming, nice, and very effective, HACK’S cough drops.  Cyril was never one to waste […] 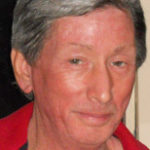 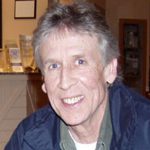 Alan may, or may not, choose to accurately recall whether he played the front or rear end of the Camel in the 1970 production of Dick Whittington, but he quite understandably recalls the events of going with Ray Aylott to collect the costume from Charles Fox – the theatrical costumiers – in Central London – by car! […]